Have you ever lifted something that was a zillion times heavier than anything you should lift?

Poised holding the box just higher than my knees I knew deep down that this was a bad idea. Unable to lower the box or lift it to the table, I froze and listened as a rip of velcro and a bolt of lightning shot from shoulder to wrist. No! Could I have broken a bone?

I’d had rotator cuff trouble for two and a half months, by the way. The pain just showed up one day and I hoped it would just go away someday.

This Thursday an x-ray confirmed my problem and today I had my first ever Physical Therapy appointment. But in between the two appointments, I lifted that box.

At 9:30 this morning I smiled into the hospital receptionist’s eyes and said, “Yes, my name is Crow, but something happened and my shoulder isn’t killing me anymore.” I felt like a school kid caught telling a whopper.

The therapists put me through some tests and sure enough. . . the pain in my shoulder is greatly decreased because I tore the bicep muscle near the crook of my arm.

This is absolutely the last health-related blurb that will post. It’s not fair that my youthful attitude can get an aging body into such trouble.

Cold, rain-soaked, and bundled up in a tent, I watched the clouds shifting. In the span of a breath, the snow covered Himalayas appeared, shone in glory, and receded into fog. Our nineteen days in Assam were amazing, and not exactly what we anticipated.  That’s India. You visit with one set of expectations and leave changed forever.

This was my third visit to India since the late 1990s. Change happens quickly in the physical world and slowly in the philosophical world. The population density has increased many times over and the environmental costs are obvious and distressing. I felt like I was visiting a dearly loved friend who was ill and not epected to recover.

Recovering from a winter battle with pneumonia, I curled up and read the journal of a biologist during his travels in Assam in 1840s. Reading what he experienced was a dramatic contrast to the world I found.  He described giant trees over 18 f

eet in circumference.  We saw the remaining  18 foot giant stumps. It was enough to break a treehugger’s heart.

If life had placed me there and my family needed warmth and fire to cook meals, would I destroy the forest each day by gathering wood? What choice would I have?

In 44 hours, we flew from Arkansas-Chicago-Newark-Delhi-Calcutta-Guwahati.  Air pollution increased, then increased and increased more.

Back home where I can brush my te

eth in water right out of the faucet, the electric grid is on for more than a few hours a day, women don’t carry concrete on the tops of their heads, the Dali Lama doesn’t drive by, and Namaste is not the accepted greeting–back home, I feel the enormity of the material luxuries we have in America and the absence of a deep cultural and spiritual connection. The paradigms are in opposite, each world admires different aspects of the other.

What did I find Universal between Assam and America? One to one people genuinely connect, regardless of language, age, religion, or nationality. Kids are curious, parents adore their children, and  a selfie can break the ice in most circumstances.

Namaste — that piece of the sacred in me recognizes it in you.

What kind of books do I write? Here’s a Happy New Year taste.

Flights of Fancy is a collection of short stories, essays, memoirs,  a novella–basically a smattering of everything I enjoy–from song lyrics to sci-fi. If you’d like to buy a copy from me you can click over to my store here. Otherwise, libraries, Amazon…etc. all the usual suspects offer it for sale.

My Jumping-up-and-down-I’m-so-excited 2017 New Year’s celebration is:   I have signed contracts with a cool publisher–to complete (1) a Chapter Book and (2) a half-dozen children’s picture books about birding in exotic locations.

The first one?  It will continue the conversation and observations of Miss Henrietta that started in the first book.

Here’s a New Year’s gift to you, Miss Henrietta’s Invisible Door  (click to download) the arresting short story that breathed life, compassion, and crustiness into this dear and whacky character.  Hope you enjoy it.

Caught up in the lists of things to do and running between the gates at 85 mph., I came to a halt yesterday.  I realized that although my plan of action was well designed and great fun, my feelings for the destination have changed.  Instead of a rainforest treehouse in Borneo, my initial dream goal looked like a faded 1951 postcard from Galveston. Why has it take so long to figure out?

The more philosophical among you might say that although we meander we are never truly off the path. But I gained a giant gift in the process.

For a couple of decades, I’ve felt I should write my wild and crazy story. Six months ago I organized my journals from the Ice Age and Tah-Tah  wrote the first essay (chapter) of the book. Awesome. It was accepted by The Penmen Review.  Success, but

There’s often a bold italicized “but“.  My joy comes from writing, puzzling, piecing together..trying different textures, sounds and colors to express the visceral experience of a story.  How could I vividly share my fabulous times without acknowledging the horrific parts? Pull one and you move the other. They are connected.

So let’s go one step further and imagine the hypothetical book is finished. Would I want to read it?  How about traveling around to book signings and talking about it for a year or more? I can just hear it, “my mom used me to attract…”         Not so much.

Yesterday, I gleefully set the memoir project
aside to make space for projects that… well….that just make me happy. I’m convinced that what needs to come out, will–either in a short story or essay. 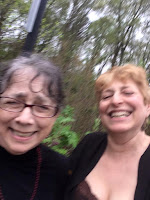 If you have trapped yourself into a journey that needs tweaking, I hope this post will nudge you to reconsider the course.  As Crescent Dragonwagon quotes to her students, “Nothing is wasted on the writer.”   Good road.

(You can find Crescent on FB Crescent Dragonwagon’s Writing, Cooking, & Workshops) or here

Sometimes I have to hunker down and ride out the storm. When I smell dusty rain on the wind, my instinct is to outrun it. Faster. Faster.  A good friend can ease the panic.

The worst choice I can make is to deny the gathering clouds and then become incensed at the arrival of the inevitable. Of course, I’m referring to the turbulent crashing waves of emotion that swing between the uncontrollable abyss and fleeting glorious heights.

My first thought yesterday was “surrender” to being engulfed by my own disturbing, crazy dialogues. My second spoken out loud guidance was  “Patience, Crow, things always work out.” However, knowing that the pendulum will obey the laws of physics and swing back to the other side, doesn’t help. Sometimes my logic and my gut-knowing are lost to each other. 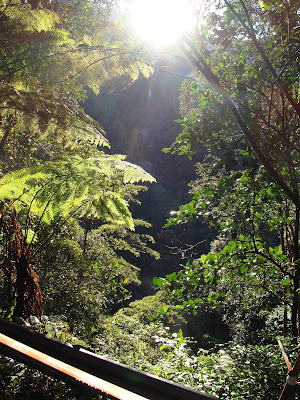 Do we all try to control gravity? Arrest the natural arc of that emotional pendulum? Do we all joyously surrender to the bright side of our moods and reject the rest. I think some people may cling to consuming depression as a badge, the adult award for “facing reality.”

Today the sun is out, and I feel refreshed, emptied of chaos. I am humbled in the realization that these storms are as natural as the turning of the earth—and sometimes (like yesterday) surrendering takes all the will power I can muster.

The wise saying is that we all have our demons. If I don’t acknowledge their existence, how can I invite them to leave?

DURING THE STILL PARTS

I remember to notice with all my senses as if waiting…… 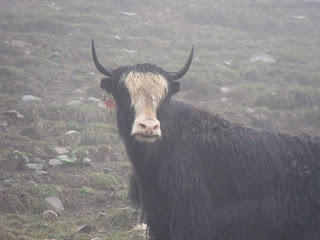 waiting for the rain or the “ah ha” of a great giggle or the taste of an illusive insight.  I’ve been spinning yak and silk by hand. So smooth and natural.  It reminds me of this photo and others taken in China on the Tibetan Plateau.

Here at home the still parts are stolen from the “ought to be doings” like the dishes, sweeping–all the busy things we imagine ourselves doing to imitate the kind of person we think we are.

In an amazing effort to just keep things going, I can ignore important skirmishes on the periphery of my awareness.  Its an old habit like thinking I need gas money to get to the next gig, keep pedaling or the bike will fall over, wondering if someone will say I can’t camp here, or if ‘it’ will be okay.

It’s ironic to be in the sweetness of my years, not needing the worn smooth survival tools I carried close.  The still moments don’t last forever. I understand that everything is moving.

During today’s still patch, I think I’ll quit arguing with myself about having a part in the big crazy thrilling dance.  In stillness I’m just a compassionate, creative, and awed being…grateful for the stillness to notice. 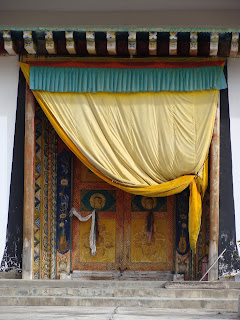